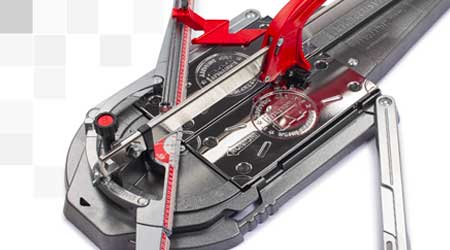 Tile Cutters for Manual use 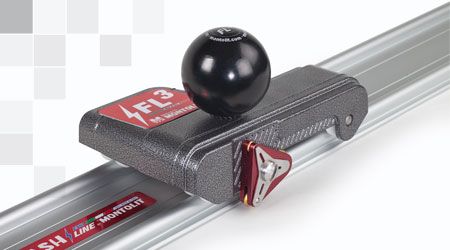 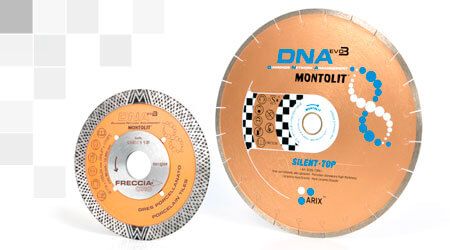 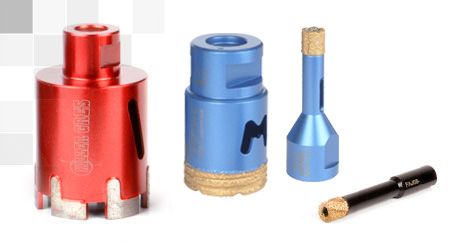 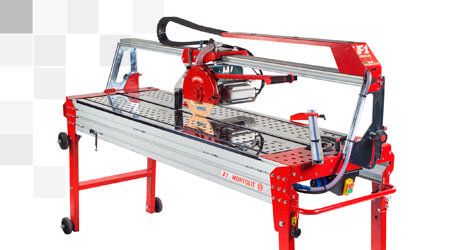 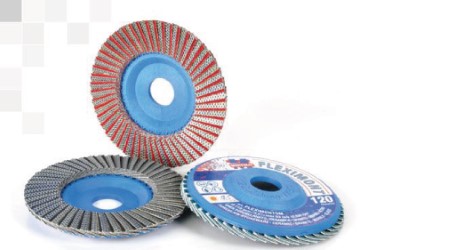 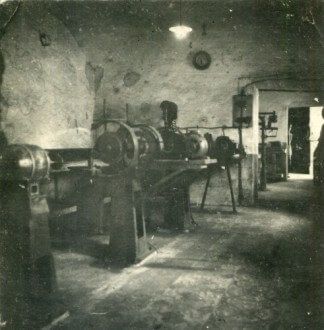 Brevetti Montolit SpA celebrates 75 years of innovation in Tiling Tools and for this occasion has assembled pictures, videos and short texts that illustrate the company’s evolution, ever since it was created in Northern Italy by Vincenzo Montoli, in 1946. Vincenzo Montoli was born in 1892 in a small town close to Varese (Northern Italy). Since a very young age, he started developing his passion and skills within the mechanical sector, combining hands-on experience with strong creativity.

In the 1940’s, after dedicating several years to the study of products and solutions for both industrial and home applications, and following his own intuition, Vincenzo Montoli specializes in the cutting tools sector: shears and scissors for different purposes. September 1946 is when the company “Montoli Vincenzo & Sons” is created, the same one we now know as “Brevetti Montolit SpA”. Vincenzo Montoli bases his activities on research and development. He soon understands the importance of intellectual property in industrial applications. For this reason, his first inventions are immediately patented, and this term (“brevetti” is the Italian word for patented), still appears today in the name of the company “Brevetti Montolit”.

The name “Montolit” was already used in the 1950’s as a trademark for the products, and since 1978 it has been included in the company’s corporate name. The idea of contracting in a single term the company’s founder surname with the first 2 letters of Italy reflects the company’s policy of international expansion for their tools. The company’s success starts in the 1950’s, in the field of cutting tools, covering various uses, from sheet metal shears to the medical scissors used in hospitals for plaster cast removal.

Vicenzo Montoli works with his two sons, who follow him in the study of innovative products and manufacture of tools for different applications, devoting their time, energy and passion, daily, to the family project.

Over the 1950’s, however, Brevetti Montolit shifts its core activity from the development of scissors and shears for different uses to the design of tools for cutting construction materials such as tile, marble and roof shingles.

The most important machine during this period is a versatile and accurate “tile cutting and piercing tool”. The activity grows, and an increasing demand for larger machines leads to the widening of the company’s manufacturing spaces. Building a new factory was the natural consequence and the chosen location was Cantello, where Brevetti Montolit still has its headquarters today. Montolit’s development carries on within the construction sector. There is a boom in the building industry in this period, and the equipment designed by Montolit, which takes into account both the characteristics of existing materials and the requirements of professional tilers, find a rapidly expanding market. The company evolves and grows to the nationwide dimension.

Montolit’s continuous manufacturing expansion leads to the construction of the new plant in Cantello (Varese, Italy), which thanks to several enlargements over the following decades, it is still the main company headquarters today.

The development of its international presence follows two main activities at the same time: on the one hand, the participation in trade fairs with the goal of increasing brand awareness and generating new contacts, on the other hand, building a network of Montolit agents and representatives.

Montolit tools are robust and easy to use. This meets the needs of end users who are mainly bricklayers and tilers.

The design and manufacture of Montolit tiling tools demonstrates unique skills, which are in time recognized with public awards, such as:

1968 – Vincenzo Montoli is appointed as “Knight of the Order of Merit of the Italian Republic”
1971 –  Prize to Vincenzo Montoli as “Meritorious Inventor”, awarded by the Italian Inventors Association
1974 – Brevetti Montolit receives the European award “Golden Mercury” At the beginning of the 1970’s, the first members of the third generation of the family start joining the company. Since a very young age, Vincenzo Montoli’s grandchildren, Paola, Vincenzo (Vichi), Barbara and Stefano, get familiar with the factory, where they spend most of their time after school. This is how they start sharing the family’s passion, and understanding the mechanisms behind the company.

In the seventies, Paola is the first of Montoli’s grandchildren to start working within the company, after her graduation, and she works in the administration until the birth of her first daughter.

As a student, Vincenzo (Vichi) spends the holiday months working in the production departments and soon begins attending trade fairs in Italy and abroad. At the age of eighteen, in 1977, he personally follows the establishment of the foreign affiliate Montolit France. His studies, concluded with a degree in economics and trade, were combined with his attention to the family’s activities. In the second half of the seventies the original founder is less and less present in Montolit, which nevertheless continues to thrive under the guidance of his children and the growing contribution of his grandchildren.

In November 1978, the brothers Ezio and Egidio, who already owned the  Montol Mechanic Factory create (with equal shares) Brevetti Montolit Spa, the company we still know today. Around the mid-eighties the generational change at the top formally occurs: since 1986, two years after the death of its founder, his 27-year old grandson Vincenzo (Vichi) Montoli takes over the position of CEO. His brother in law, Giuseppe Rovera (administration manager), had recently joined the team and later also Barbara and Stefano (engineer) start working within the company. The company’s growth and prosperity keeps being strongly tied to the familiar leadership that had always been its characteristic. The success of this transition is facilitated by several factors: one is certainly the apprenticeship, the path that the young Montoli family members carry on within the company’s production, another is the stability of staff who is able to act as a connection with new arrivals and make the transmission of skills. An example is Montolit’s current quality manager, he came into Montolit when he was only a little more than a child, he has been in the company for over 50 years and he is the father of another young employee. The company’s workforce has reached a peak between the seventies and eighties with 100 employees. Today, the internal workforce is of approximately 70 jobs, but the activity scope has expanded with sales agents, for a total of 120 people. The Montoli family has also set up specific companies that deal with different stages of production or treatment of different materials, such as Italmont and Cantecno, and acquired a majority stake in a foundry located in the same territory, which already was Montolit’s supplier. Lately, however, a reorganization plan has been implemented to simplify the group structure, making it more modern and ready to face the new global challenges.

In the last thirty years the company has had to adapt to the many changes which have affected its reference market. From the technical point of view materials research has led the construction industry to the use larger and harder products. Tools for cutting and drilling needed to evolve accordingly and in recent years  close collaboration has begun between producers of materials and tiling and laying tools for manufacturers, in order to increase synergies and adopt compatible solutions. Since the 1990’s, Montolit has enjoyed considerable success with lines of diamond tools (core bits, diamond blades for wet saws) designed specifically to deal with modern materials, which still account for over half of the turnover. From a commercial point of view, the company has had to manage increase of competition in a global market and, in recent years, due to the crisis in the construction sector there has been a significant drop in turnover in Italy. The presence of an extended sales network in almost 100 countries worldwide allows the Brevetti Montolit to balance the national decrease with higher exports.

Participation in trade fairs, key factor for the international expansion, has been revised and now includes only major international events in Italy and abroad (eg. Cersaie, Coverings, MCE). It was instead strengthened direct communication to installers and industry professionals, end-users of Montolit’s products, to whom is dedicated to a special information section on the company website in several languages, the “Tiler’s blog “. As for installers’ training and update, the company has been cooperating with the most important professional training schools. In Italy there is somehow a lack of specific structures in this field, as opposed to what happens in Switzerland or in Northern Europe. Another important way to keep in contact with prospective industry professionals is by collaborating with the key schools for this sector, which Montolit has been doing for several years. Recently, as recognition of the work made in the territory, Vincenzo Montoli, founder of the company, was declared an honorary citizen of Cantello, the city where Montolit’s main facilities have been located for 70 years, and the access road to the company’s headquarters has been named after him. The ceremony, which saw the participation of the entire Montoli family and Montolit’s workers, culminated with the laying of a memorial plaque at the City’s council chamber. The Golder Rules of the Tiler 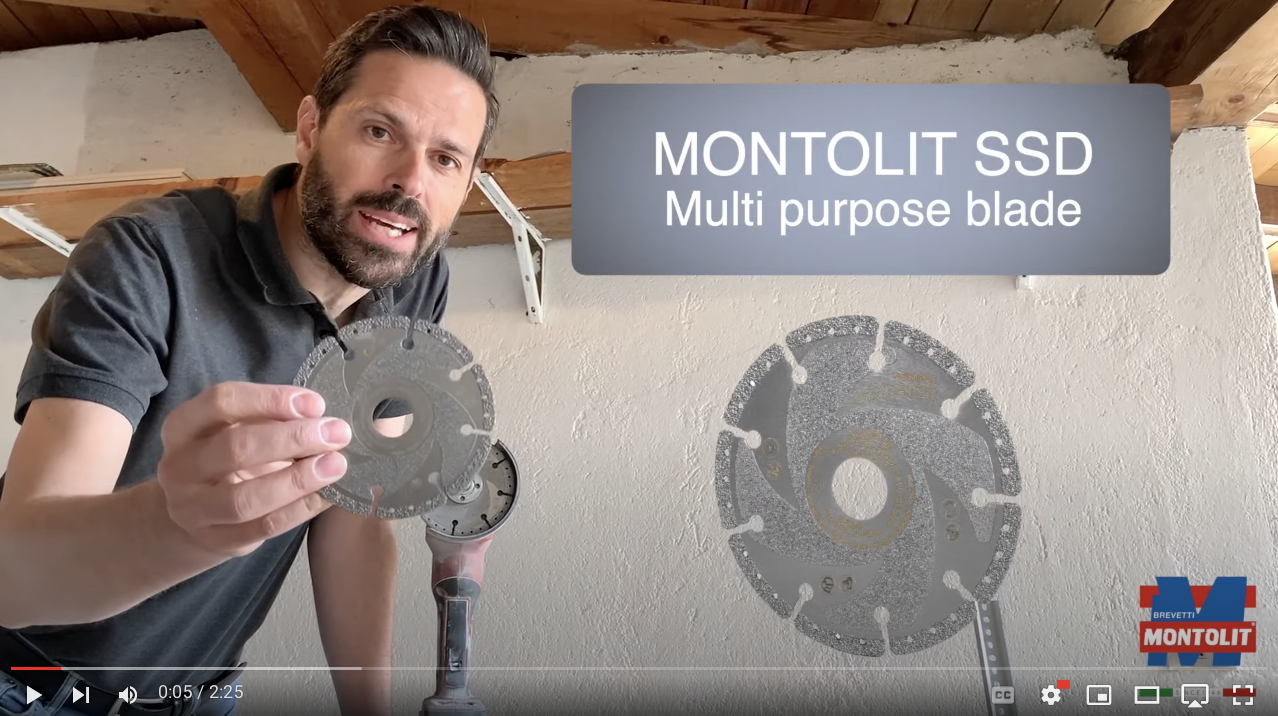 Montolit once again innovate itself presenting the evolution of his best selling product, Masterpiuma tile cutter P3 evolution. After several…

ASK FOR THE CATALOGUE